The new day promises to be chilly and wet.  We decided to head to somewhere where we could be inside:  The motorcycle museum in Anamosa, Iowa.  It would be an hour and a half ride in the rain but it was something to do!

First we cooked breakfast and had our bible study and then we headed out.  At first it wasn't raining but we hadn't gotten very far until the drizzle started.  We pulled over and put on the rain gear, then continued on.  After we got into Iowa the rain quit, we stopped at a town and ate at a pizza ranch.  Then the last bit to the National Motorcycle Museum. 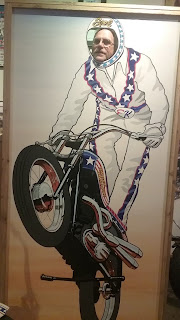 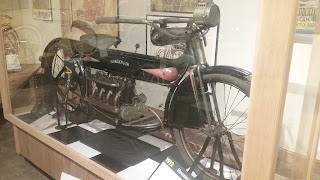 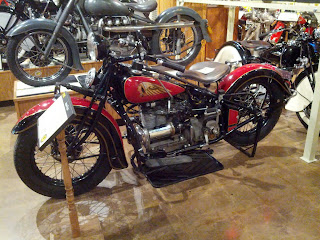 The museum was very interesting and we spent a couple of hours there at least.  then we stopped at the J&P Cycle headquarters, also in Anamosa.  Some of us bought new do-rags and Jim picked up a new mirror to replace the one which was damaged in the fall.  Also coffee to keep us awake for the long ride home.  It was getting late, we found a steak house in a town in Wisconsin for supper.  Frankly their steak was overpriced and under tasted.  But we still had a good time.  By the time we finished supper, the sun was getting low and we still had a ways to go.  We made it home and I finally was able to pitch a tent since it actually wasn't raining for a change. 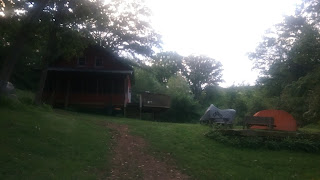